Jan. 6 (UPI) — Boston Marathon bomber Dzhokhar Tsarnaev should turn over money in his prison account to his victims, according to a filing made by the U.S. Attorney’s Office for the District of Massachusetts on Wednesday.

In the filing, prosecutors asked a judge to force the 28-year-old to redistribute the money, which includes a $1,400 COVID-19 federal stimulus check issued in July.

Prosecutors say Tsarnaev has approximately $20,000 in his account. After his conviction in 2015, he was ordered to pay $3,000 as a special assessment as well as $101.13 million in criminal restitution.

Aside from one payment of $2,000, prosecutors say Tsarnaev has not used the money in his account to compensate his victims, but has sent amounts to other people, including his siblings. Those payments have totalled $2,000.

In addition to the federal stimulus payment, Tsarnaev has had money deposited from a number of different groups or people. He received $11,230 from the office of federal defenders in New York, and approximately a combined $8,300 from several anonymous individuals since 2013, according to NBC News.

On April 15, 2013, Dzhokhar Tsarnaev and his older brother Tamerlan Tsarnaev set off two bombs near the finish line of the annual Boston Marathon, killing three people and injuring approximately 264 others.

The younger Tsarnaev was convicted of 30 offenses, including three counts of using a weapon of mass destruction resulting in death. He was sentenced to death on six counts; the judge also imposed 20 life sentences. 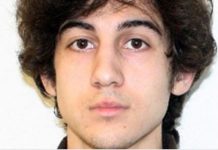 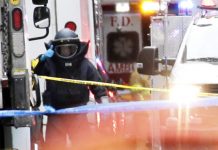