June 2 (UPI) — Recent archaeological evidence has sparked a new theory of when and how the first people came to the Americas.

Scientists now theorize that the first Americans took a coastal route along Alaska’s Pacific border to enter the continent. This new theory casts doubt on the conventional one that says the earliest settlers came from Siberia, crossing the now-defunct Bering land bridge on foot and then moving through Canada when corridors opened between massive ice sheets at the end of the last ice age.

A new geological study published this week in the journal Science Advances offers compelling evidence to support the new theory.

A research team led by the University of Buffalo analyzed boulders and bedrock, traveling by helicopter to four remote islands within the Alexander Archipelago, about 200 miles away from Juneau.

They found a once-glacial landscape. The rock surfaces were smooth and scratched from when ice moved over it, and the boulders were positioned erratically from glaciers picking them up and leaving them elsewhere.

To pinpoint when the ice receded from the region, the researchers collected bits of rock from the surfaces of the boulder and bedrock and ran tests to figure out how long the samples, and therefore the islands themselves, had been free of ice.

They used a method called surface exposure dating, which reveals when the boulders were exposed to the elements and cosmic radiation from space because they were no longer sheltered within ice.

The dating revealed evidence that part of a coastal migration route became accessible to humans 17,000 years ago. During this period, the ancient glaciers receded, exposing islands of southern Alaska’s Alexander Archipelago to air, sun and possibly human migration.

The timing of all these events is vital to the theory because it coincides almost exactly with when humans are thought to have arrived in the Americas. Recent genetic and archaeological estimates suggest that settlers may have begun traveling deeper into the Americas 16,000 years ago, soon after this coastal gateway opened up.

“Our research contributes to the debate about how humans came to the Americas,” Dr. Jason Briner, a professor of geology at UB’s College of Arts and Sciences who led the study, said in a press release. “It’s potentially adding to what we know about our ancestry and how we colonized our planet.”

Their research does not confirm the theory because the project examined only one section of the coast. Scientists would need to study multiple locations up and down the coastline to draw firm conclusions, the researchers said.

But they say the evidence is compelling because it hints that the seafaring theory of migration is possible. And in recent years, evidence has mounted against the conventional theory that humans populated North America by taking an inland route through Canada.

The new coastal migration theory offers another narrative, and the new study may mark a step toward solving the mystery of how humans came to the Americas. 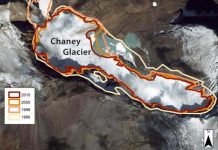 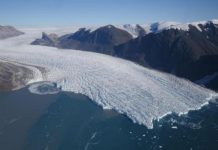 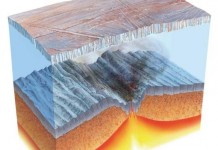