Oct. 1 (UPI) — A “brain-eating amoeba” infection is the suspected cause of death for a 29-year-old New Jersey man who died after visiting a Texas water park, according to his family.

Fabrizio Stabile, 29, died just one day after he was diagnosed with Naegleria fowleri, according to a GoFundMe page created by his family.

“Fabrizio’s cerebrospinal fluid tested positive for the amoeba, Naegleria fowleri, which caused a rare infection that has only been diagnosed 143 times in the United States in the last 55 years,” his family said. “The worst-case scenario was unfolding in front of our eyes as we learned that this infection results in a 98 percent fatality rate. By the time Fabrizio was diagnosed, it was too late to administer the drug that had previously been provided to three of the only five known survivors in North America.”

The BSR Cable Park Surf Resort in Waco, Texas, voluntarily closed on Friday as the Centers for Disease Control and Prevention tests its waters.

“Our hearts and prayers are with his family, friends, and the New Jersey surf community during this difficult time,” BSR Cable Park owner Stuart E. Parsons Jr. said in a statement to the Waco Tribune-Herald. “BSR Surf Resort operates a state of the art artificial man-made wave. We are in compliance with the CDC guidelines and recommendations concerning Naegleria fowleri.” 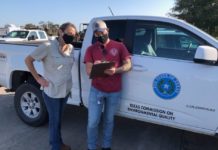 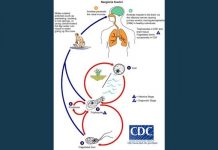