Brazilian President Dilma Rousseff made the announcement on Sunday at the United Nations Sustainable Development Summit. She also announced an “intended reduction” of 43 percent by 2030.

Rousseff said Brazil is making a “significant effort” to reduce carbon emissions while avoiding the inhibition of development.

“Our goals are just as ambitious, if not more so, than those set by developed countries,” Rousseff added.

By 2030, Brazil will attain 66 percent of its electricity from hydropower and the remaining 23 percent from solar, wind and biomass power.

Brazil is set to suffer another year of economic recession amid a scandalous political climate. Rousseff’s resignation has been continuously called for by protesters who accuse her government of corruption and nepotism.

The 2015 United Nations Climate Change Conference in Paris, France, which takes place in December, aims to create a legally binding and universal agreement to reduce the effects of human-caused climate change. 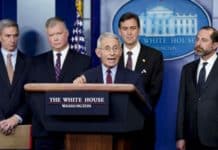