NAVAJO COUNTY, Arizona, September 12, 2019 (Gephardt Daily) — The husband-and-wife murder suspects who have been on the run for three weeks after escaping from authorities in Blanding, Utah have been captured.

According to the U.S. Marshals Service, Blane Barksdale, 56, and Susan Barksdale, 59, were taken into custody Wednesday night near Payson, Arizona nearly 300 miles from where they escaped on Aug. 26.

The Barksdale were being extradited on murder charges from New York to Arizona when they overpowered two guards after faking a stomach illness after leaving the San Juan County Jail in Blanding, where they had been housed the night before.

Other Stories of Interest:  Utah's 2 week total for unemployment claims nearly equal to all those filed in 2019

The Barksdales’ arrest comes just 48 hours after the couple was placed on the U.S. Marshals 15 Most Wanted list.

Law enforcement officials are expected to hold a press conference Thursday morning to provide more information on the arrest. 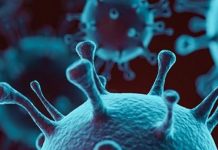 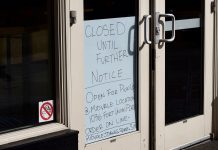