WASHINGTON D.C. – October 20, 2015 (Gephardt Daily) – Representative Paul Ryan told House Republicans Tuesday evening he is “willing to serve” as Speaker of the House but with conditions. Ryan indicated he will make a decision within the week.

The former 2012 Republican vice-presidential candidate’s conditions include support from three groups inside the House Republican conference including: the House Freedom Caucus, the Republican Study Committee, and the moderate Tuesday Group, according to a spokesman from Ryan’s office.

Ryan spent the day talking with GOP lawmakers behind closed doors as the Republican Party awaited his decision. He spoke on the phone with fellow lawmakers and met with members of the House Freedom Caucus and the Southern Caucus in person. Finally, Ryan reportedly met with the full GOP conference during a closed-door dinner.

Ryan was expected to address reporters late Tuesday night from the House Gallery.

According to Ryan supporters, all the meetings were part of a strategic effort to show that he was not running for speaker — but was open to being drafted.

Outgoing House Speaker John Boehner expressed confidence that Ryan would run for speaker during an appearance on Fox News’ “Special Report.”  If that happens, Boehner said he will set a new date for leadership elections in the next few days.

“I hope he does decide to run, and if he does, I think he’ll be elected,” Boehner said.

Conservatives in the House Freedom Caucus signaled that Ryan will need to work to get their support, but the Wisconsin Republican has shown little interest in soliciting the group’s backing. 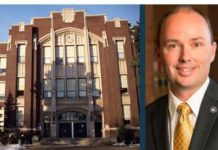 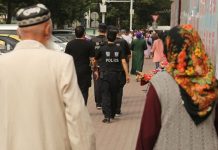