Dec. 9 (UPI) — Serial British rapist Joseph McCann was sentenced Monday to 33 life sentences for a two-week run of sex crimes and abductions earlier this year that targeted 11 victims, including a young boy.

McCann, who embarked on the crime spree in April after he was mistakenly released from prison, received the sentence three days after he was convicted on 37 criminal charges at London’s Old Bailey Court. He was found guilty Friday on multiple counts of rape, sexual assault, kidnapping and false imprisonment.

McCann’s 11 victims ranged from an 11-year-old boy and his teenage sister to a 71-year-old woman.

At Monday’s hearing, Judge Andrew Edis called McCann “a coward, a violent bully and a pedophile” who’d carried out a campaign of rape, violence and abduction on a level he’d never seen or heard of before.

“You have never expressed a word of regret or concern for your victims,” he said. “You are entirely obsessed with yourself and believe you are entitled to use other people in any way you want. You think that other people exist only for your pleasure. You are a classic psychopath.”

McCann refused to attend the trial or address the victims.

Edis also called for an independent investigation into how the British penal system “failed to protect” McCann’s victims by releasing him from prison, where he was serving time on a burglary charge. He was freed in February despite being under a special sentencing protocol that expressly required parole board approval for any release. 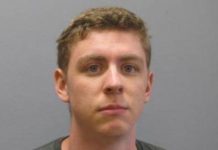 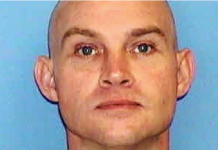