SHOTTON COLLIERY, England, Sept. 11 (UPI) — A British woman who described herself as a “crazy trainee skydiver” on her Facebook page died after her parachute failed to open in northern England.

Pamela Gower, 49, plunged 15,000 feet onto a parked car in County Durham near the airfield where the plane took off, police said. She was taken to the hospital by ambulance and died.

On her Facebook page, she is dressed in parachute gear, and wrote: “Nothing makes me more happy than skydiving, can’t wait for the next jump!!!!”

Gower, who had dwarfism, used modified equipment and received permission to jump from the British Parachute Association.

“The lady who has died was using her own equipment and was making her first sky dive in this country, having previously made parachute jumps abroad,” Detective Inspector Dave Cuthbert told The Telegraph.

Police are working with safety authorities and the British Parachuting Association to determine why the parachute failed to open, Cuthbert said.

“She certainly lived life to the full that’s for sure,” her cousin Anthony Cairns wrote on Facebook. “Just makes you aware that you have to make the most of life as you have no idea when it is likely to be taken away from you. She was doing exactly that I guess, doing what she loved.”

Gower worked as an employment adviser for Remploy, which places disabled people in workplaces.

She had raised about $1,000 for cancer research after leaping out of a plane from 15,000 feet in a tandem skydive. 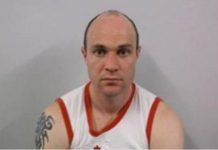 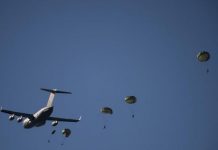 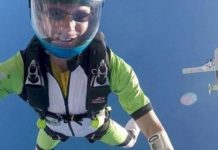 Skydiver kills self by not opening parachute