DUBAI, United Arab Emirates, Nov. 18 (UPI) — A British woman who told police in Dubai she was gang-raped by two men was arrested, had her passport taken away and is stuck in the country until her trial, which may not happen for months.

The woman is out on bail, staying at a safehouse, after being charged with “extra-marital sex” and prevented from returning to England. Advocates say she may be stuck in Dubai for months, and if convicted faces punishments that range from caning to being stoned to death.

Two men were arrested shortly after the woman was arrested, thai boxer David Butlin and football player Louis Harris, both of whom are also British. They remain in the country as well, free on bail.

The 25-year-old tourist, whose identity has not been released, is staying with a British family in U.A.E. while she awaits trial but is scared and basically alone, her father wrote online.

“Police regularly fail to differentiate between consensual intercourse and violent rape,” said Radha Stirling, founder and director of the advocacy group Detained in Dubai. “Victims go to them expecting justice, and end up being prosecuted. They not only invalidate their victimization, they actually punish them for it.”

Stirling said the U.A.E. has a long history of prosecuting rape victims, instead of their attackers, because the nation’s interpretation of sharia law bars all sex outside of marriage, as well as homosexual sex and same-sex marriage. Unmarried, pregnant tourists and their partners have been jailed in the country under the law.

The cases are often difficult, as well, because in order to prove a rape the courts require a confession from the rapist or statements from four adult men that they witnessed the rape — so trial results often favor rapists, rather than their victims.

In the woman’s case, she met two men at her hotel and had drinks with them before they filmed themselves taking turns raping her in her hotel room.

The woman is in a safehouse, but it may take three to six months for her trial date, her father said, which has not been set, and she could end up in jail or worse if she is found guilty.

“She is stranded, is not allowed to leave the country, and is alone, scared, and in a dreadful situation, as you can imagine,” the woman’s father said. 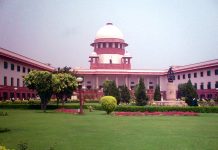 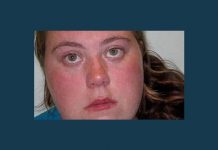