Sept. 10 (UPI) — A pipeline burst in Indiana on Friday, leaking more than 8,000 gallons of jet fuel into the St. Mary’s River near Decatur.

The U.S. Environmental Protection Agency said the “majority of the spilled product has either been recovered, dispersed or evaporated.” But air and water quality in the surrounding communities is still being closely monitored.

Health officials said drinking water in the area should be safe because the jet fuel didn’t contaminate well water sources, according to WANE-TV. However, the river is contaminated, and residents who live by it were warned not to smoke or use open flames near the water.

Decatur Mayor Kenneth L. Meyer said residents might smell a foul odor in the air, “but it’s not toxic,” the Journal Gazette reported.

Houston-based Buckeye Pipe Line Co., which owns and operates the pipeline, said it is investigating the leak.

“One of their workers discovered a pressure drop, went immediately to check on it and immediately shut it down,” said Bernie Beier, Allen County Homeland Security director.

The cleanup effort is scheduled to take several weeks.

“It is expected that Buckeye Pipe Line will develop a repair plan to implement in the near future to restore operation of the pipeline,” the EPA said. 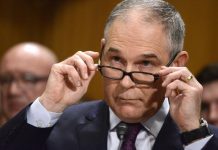 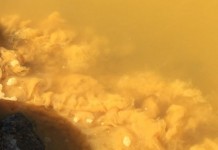