Jan. 6 (UPI) — Michael Carvajal, director of the Federal Bureau of Prisons, is retiring after three decades with the agency.

“After over 30 years in the BOP, Director Michael Carvajal has announced his retirement. He will remain in his role until a new director is appointed,” bureau spokesman Donald Murphy said in an email to UPI.

CNN reported that Carvajal notified BOP employees of his plans in a memo.

“At the request of the attorney general, Director Carvajal has agreed to continue to lead the agency until a successor is named,” the memo read. “When his successor has been named, further details regarding Director Carvajal’s retirement date will be provided.”

Justice Department spokesman Anthony Coley praised Carvajal’s service to the bureau in a statement to CNN.

“His operational experience and intimate knowledge of the Bureau of Prisons — the department’s largest component — helped steer it during critical times, including during this historic pandemic.”

Carvajal began his career with the bureau in 1992 as a correctional officer at Federal Correctional Institution, Three Rivers in Texas. He worked his way up through the bureau, serving as the assistant director for the Correctional Programs Division just before his appointment as director. 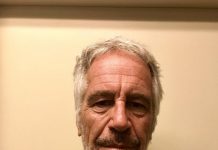