Nov. 8 (UPI) — The composition of calcified nodules in eyes have been linked to the progression of age-related macular degeneration in retinas, according to a study.

With AMD one of the most common causes of impaired vision in seniors, the researchers hoped their research could provide therapeutic approaches to a condition that is difficult to treat in its advanced form.

The findings on drusen — extracellular deposits made of lipids, minerals and proteins — and the link to AMD were published Wednesday in the journal Science Translational Medicine, and researchers say it could lead to improved forms of treatment.

“While injection of blockers of new vessel growth has a benefit for many, but not all, the majority of AMD sufferers, those who lose vision due to cells dying in the back of the eye, have no remedies so far,” Dr. Imre Lengyel, a senior lecturer in the School of Medicine, Dentistry and Biomedical Science at Queen’s University in Belfast, Ireland, told UPI. “Dietary supplements slow progression for just a fraction of these patients. Capturing the mineralization that may start decades before irreversible changes take place potentially could have benefit for all that suffer of AMD.”

He noted improved therapy can reduce the $300 billion societal burden in the world.

Approximately 170 million people worldwide have the condition. The rate of AMD is on the rise, with an estimated 196 million sufferers projected for 2020 and a 288 million projected for 2040.

Age-related macular degeneration affects an estimated 1.8 million Americans aged 40 years and older, and an additional 7.3 million with white deposits under the retina are at substantial risk of developing AMD, according to the Centers for Disease Control and Prevention. Diabetic retinopathy is the leading cause of blindness in adults in the United States.

Lengyel said it is “unlikely we will need to start from scatch” on finding treatments.

“Mineralization is a complex process involving many enzyme and different small and big molecules,” he said. “Some might be as simple as modification of diet, is it was shown for a calcification disease called pseudoxanthoma elasticum. ”

Although a lot is known about drusen composition from lab studies, the composition has not been extensively studied, Lengyel said.

“The heterogeneity of deposits under the retina was described first in 2008 but a basis for that imaging feature was not known until our paper and has not become routine in the clinic,” Lengyel said. “As such identification of nodules as a clinical association to advancement to vision loss was not possible.”

He said clinical identification of nodules allowed then to identify these structures in eye samples obtained from donors, allowing them to scrutinize the “right” structures.

“Only three years ago we presented evidence that minerals like hydroxyapatite are part of drusen,” he said. “We needed another three years and a collaboration with material scientists to build a fuller understanding of the variety of mineralization that takes place in the back of the eye.”

They imaged the eyes of 138 AMD patients with a mean age of 82 years over one year from the Alabama Eye Bank.

Working with senior Dr. Christine Curcio, director of the AMD Histopathology Lab at the University of Alabama at Birmingham, they found that patients with HIRD were more likely to have progressed to advanced AMD by the end of the follow-up period. They found that 45 percent had evidence of at least one HIRD and 40 percent progressed to advanced AMD.

Using microscopy and other techniques, they determine that HIRD were composed of nodules made of hydroxyapatite — a mineralized form of calcium — and were distinct from other reflective patterns seen in AMD patients.

“The greater-than-six-fold risk for progression to advanced AMD is on par with some of the very significant genetic association reported in terms of AMD,” Lengyel said. “Therefore, it seems that these structures are very relevant for the disease.”

On the other hand, mineralization is a process that had not been directly associated with advancing disease in the past.

“In addition, nodules are both clinical signatures for progression, as well as molecular markers for the early events associated with progression to irreversible visual loss,” Lengyel said. “So, the findings could have immediate significance for how ophthalmologists can counsel their patients.”

Earlier this week, researchers reported in JNeurosc that transplanted fetal retina cells successfully restored vision in blind rats by restoring neurons in the vision centers of their brains. The researchers found that sheets of fetal cells integrated into the retina can generate nearly normal visual activity in their brains.

“In the retina all cells are closely interrelated, and removing one will affect others, so a connection between that paper and our findings are not impossible,” Lengyel said. “It’s possible that these transplants described in the other paper may be useful someday for people who have diseases that don’t affect the RPE [retinal pigment epithelium] and the vasculature behind it, as AMD does.” 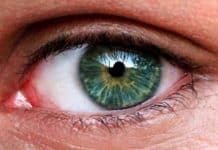 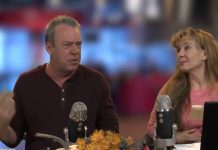 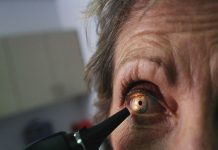