Jan. 27 (UPI) — Federal prosecutors said a California man was arrested Tuesday and charged with sending threatening messages to the family members of a New York-based congressman and a journalist on the day supporters of former President Donald Trump stormed the U.S. Capitol building.

Authorities said Robert Lemke, 35, of Bay Point, Calif., has been charged with one count of making threatening interstate communications, which carries a maximum sentence of five years’ imprisonment.

“As alleged, Robert Lemke was dissatisfied with the results of the 2020 Presidential Election and subsequent statements about the election made by a U.S. Congressman and journalist. Rather than peaceably disagree, Lemke allegedly threatened to harm those individuals’ families, demanding they retract their statements,” Manhattan U.S. Attorney Audrey Strauss said in a statement.

In the complaint, federal prosecutors accuse Lemke of sending messages to the brother of an unnamed congressman on Jan. 6, the day supporters of the former president stormed the U.S. Capitol building, resulting in at least five deaths and dozens of arrests.

In the messages, Lemke is accused of ordering the man to tell his congressman brother to retract his statements concerning Biden’s election win or his family would be in danger.

“Your brother is putting your entire family at risk with his lies and other words,” the text message said, according to the complaint. “We are armed and nearby your house.”

A picture of a home on the same street where the congressman’s brother lived was sent with the text message, the complaint said.

“We are not far from his either,” the message read. “Your words have consequences. Stop telling lies; Biden did not win, he will not be president. We are not … white supremacists.”

Lemke also suggested in the message that he is either active or retired military or law enforcement.

The complaint accuses Lemke of also messaging the congressman’s sister-in-law, the wife of the brother who was threatened, on Jan. 6, and an unspecified relative of a journalist.

The reporter’s “words are putting you and your family at risk,” the message to the journalist’s family member said, according to the complaint. “We are nearby armed and ready. Thousands of us are active/retired law enforcement, military, etc. That’s how we do it.”

The Alameda Country Sheriff’s Office said in a statement that Lemke has not been in its employment.

“There is false information on social media that a Robert Lemke worked for the Alameda County Sheriff,” the office said. “This information has proven to be untrue by the FBI and our agency.”

It was unknown if he had been in the U.S. Air Force, but the Pentagon said Tuesday that it had no record of a Robert Lemke having served that matched the description of the Lemke charged, NBC News reported.

The court document states that politically charged posts have been repeatedly published by Lemke’s Facebook account, with one days after the election on Nov. 7 informing people to “[b]e ready for war.”

Lemke’s alleged threats, aimed at the family members of a sitting U.S. representative and a journalist, crossed a bright line,” said FBI Assistant Director-in-Charge William F. Sweeney, Jr. “The FBI’s New York Joint Terrorism Task Force is always on watch, and we act with speed to stop violence — whether the threat comes from within our borders or from outside them. That’s how we do it.” 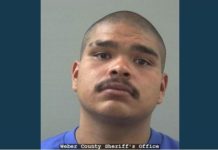 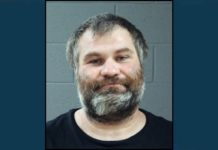