The fire has destroyed at least 585 homes, including all homes and tourist destinations in the town of Cobb, Calif.

It also killed of Barbara McWilliams, a 72-year-old disabled woman who could not leave her house in enough time Monday to avoid the fast-moving blaze.

As of Tuesday morning, the Valley Fire was 10 percent contained. When it began on Saturday afternoon, it burned an estimated 40,000 acres in 12 hours.

Four firefighters were also injured when they dropped in to fight the fire by helicopter. They sustained second-degree burns.

On Tuesday, the Lake County sheriff’s department was scheduled to begin escorting residents back into the area to salvage their pets and livestock. Security measures may be put in place requiring owners to provide identification confirming their address. Additionally, residents may have a maximum of 15 minutes to retrieve their animals and must have any necessary equipment ready beforehand.

Schools in the Lake County area were also closed through at least Tuesday. Schools in Middletown, Calif., and Cobb were closed indefinitely as much of the staff at these schools was displaced by the fire.

As the Valley Fire burns, so does the 71,000-acre Butte Fire which has destroyed at least 135 homes and 79 other buildings. The Butte Fire was 35 percent contained as of Monday.

Meanwhile, the 138,000-acre Rough Fire continued to burn near the Sequoia and Kings Canyon national parks. Together, the three fires represent the largest of a dozen major fires burning throughout the state. 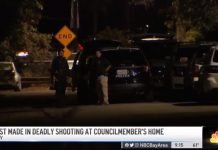