SACRAMENTO, Oct. 5 (UPI) — California Gov. Jerry Brown on Monday said he has signed legislation to make it legal for terminally ill patients to end their lives with the assistance of a physician.

In Brown’s signing the law, California became the fifth state to permit assisted suicide. Specifically, the law releases physicians from liability for prescribing lethal doses of drugs for patients who want to quicken their deaths.

“In the end, I was left to reflect on what I would want in the face of my own death,” Brown wrote in a signing message. “I do not know what I would do if I were dying in prolonged and excruciating pain. I am certain, however, that it would be a comfort to be able to consider the options afforded by this bill. And I wouldn’t deny that right to others.”

The Los Angeles Times reported that the California law is based on one in Oregon, where more than 100 people ended their lives last year with the help of a physician.

The law makes assisted suicide legal for patients who are not reasonably expected to survive beyond six months.

The controversial legislation has drawn support and opposition from all sides. The Catholic Church opposed it while right-to-die advocates favored it. Brown said he weighed both sides before making the final decision to sign it.

“The crux of the matter is whether the state of California should continue to make it a crime for a dying person to end his life, no matter how great his pain or suffering,” Brown wrote.

“Where is the choice when literally millions of Californians are told there is no coverage for second opinions or their cancer care, but look, we’ve made suicide an affordable option,” Ned Dolejsi, executive director of the California Catholic Conference, said in September. “Since when has it become either compassionate or good public policy to foster the idea that those at the end of life, that those with an understandable fear of suffering or dysfunction—especially people with physical or developmental disabilities—are or should be a burden to society and their families?”

The law, though, is not set to take effect until sometime next year. 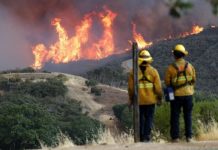 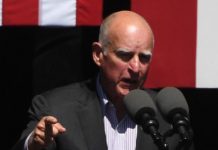