Jan. 31 (UPI) — A section of Highway 1 in California is closed after part of the road crumbled and fell into the Pacific Ocean this week, according to the state’s transportation agency.

Caltrans District 5 announced the washout and road closure Thursday on Twitter  and released drone footage of the damage Friday when crews began assessing the damage.

The damage was reported near mile marker 30 near Big Sur, a mountainous region on California’s central coast.

California Highway Patrol Officer John Yerace said he was in the area on Thursday afternoon when he saw “this section of roadway, specifically the southbound lane, had fallen off into the ocean.”

It is not clear how long it will take to repair the damage and reopen the road.

Northern California was hammered by heavy rain and snow caused by an atmospheric river Thursday.

On Saturday morning the National Weather Service predicted another heavy storm affecting the Coast Range in northern California and southern Oregon that could cause “localized flooding” due to wet soil and damage from recent wildfires. 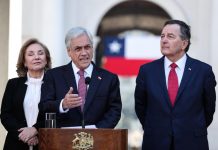 U.N. court rules in favor of Chile in sea dispute with Bolivia 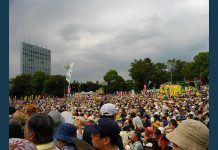 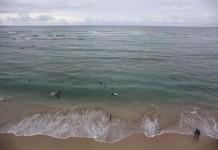