March 27 (UPI) — Orange County, Calif., Sheriff Sandra Hutchens can’t give information about inmate’s release dates directly to ICE because of a state “sanctuary” law, so she says she’ll give it to the public instead.

Hutchens announced on Monday she will put all county jail inmates’ release dates online to get around SB 54, a law that took effect on Jan. 1 and now prohibits local law enforcement agencies from cooperating with immigration authorities.

“The legislation specifically prohibited local law enforcement’s communication with Immigration and Customs Enforcement on the release of certain undocumented offenders,” the Orange County Sheriff’s Department said in a statement. “This provision of the law increases the likelihood of dangerous offenders being released back into the community. The law, however, does not limit information that is available to the public.”

Instead of refusing to give information about release dates to ICE, the OCSD said it will put that information on the existing “Who’s in Jail” portion of its website.

Hutchens has been an outspoken critic of SB 54, which she said “makes local law enforcement’s job more difficult and requires bureaucratic processes that could allow dangerous individuals to fall through the cracks of our justice system.”

“My department, however, remains committed to cooperating fully with federal authorities in all areas where I have discretion to remove serious criminals from our community,” she added.

OCSD spokesperson Carrie Braun told the Los Angeles Times that the OCSD released 172 inmates who were in the country illegally because the department was prohibited from contacting ICE.

“ICE is going out and actively looking for them,” Barnes said. “It would be easier for everyone involved and safer for the community and law enforcement if they were relinquished to the custody of ICE rather than returned to the community.”

Hutchens’ decision comes just days after the city council of Los Alamitos, located in Orange County, voted to opt-out of participating in SB 54. 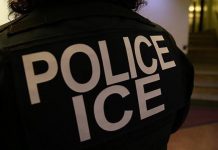 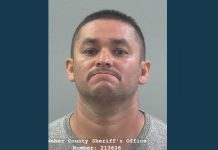