March 13 (UPI) — The number of smokers seeking information about quitting has declined by nearly 30% since the start of the COVID-19 pandemic last March, according to a report released Friday by the North American Quitline Consortium.

Call volumes dropped in parallel with the timeline of the pandemic, with a 6% decrease in the first quarter of 2020, followed by declines of 39%, 30% and 21% in quarters two, three and four of last year, respectively, compared with 2019.

In 2019, just under one-third of callers were Medicaid enrollees and nearly half reported a behavioral health condition, such as depression or addiction.

“Stress and anxiety may be factors in the increase in tobacco use and [as a result] the decrease in interest in quitting,” said Linda Bailey, president and CEO of the North American Quitline Consortium.

“It’s more important now than ever to make smokers aware of the risks (during the pandemic),” said Bailey, who was speaking during a media briefing Friday hosted by the Robert Wood Johnson Foundation’s Smoking Cessation Leadership Center.

Callers can receive counseling services, as well as treatment and medication recommendations, according to Bailey.

Although the U.S. Centers for Disease Control and Prevention percentage of adults in the United States who smoke has dropped from 25% in 1997 to 14% in 2019, U.S. Treasury Department estimates show sales of cigarettes nationally increased by 1% during the first 10 months of 2020 compared with the same period in 2019.

The trends are concerning, particularly given that existing research suggests that smokers are at increased risk for severe COVID-19.

Another analysis found that smokers were at increased risk for serious illness and death from the disease.

In addition, cigarette smoking has long been known to negatively impact the immune system, potentially exposing tobacco users to greater risk for lung diseases and infections in general.

The numbers in the report are based on call volumes to the national portal, 1-800-QUIT-NOW, which was established in 2004 by the National Cancer Institute to route callers to their state or territorial quit line, Bailey said.

The stress and social isolation caused by the pandemic — and the related lockdown measures — have posed unique challenges for people with substance abuse disorders, including smokers, and those struggling with mental illness, according to Dr. Brian Hurley, an addiction physician and director-at-large for the American Society of Addiction Medicine.

The pandemic also has been associated with an increase in “relapses” among those in recovery for substance abuse disorders, including smokers, said Dr. Ken Duckworth, chief medical officer for the National Alliance for Mental Illness.

“The decrease in calls … is concerning to the American Lung Association,” Anne DiGiulio, national director of lung health policy at the association, said on Friday’s call.

“In light of (the COVID-19 risk for smokers), quitting has never been more important,” she said. 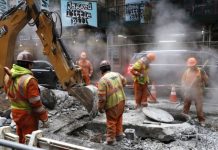 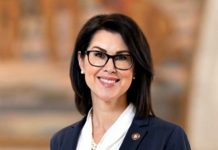