Jane Philpott resigned as president of the Treasury Board in a letter to Trudeau on Monday, saying she no longer could defend all cabinet decisions due to accusations that Trudeau pressured former justice minister Jody Wilson-Raybould to drop an investigation into contractor SNC-Lavalin.

“The evidence of efforts by politicians and/or officials to pressure the former Attorney General to intervene in the criminal case involving SNC-Lavalin and the evidence as to the content of those efforts have raised serious concerns for me,” Philpott wrote.

“Sadly, I have lost confidence in how the government has dealt with this matter and in how it has responded to the issues raised.”

Trudeau denied the accusations Thursday, as he said he was considering whether Wilson-Raybould will be allowed to remain in the Liberal caucus after she left the justice ministry in January to head the veterans affairs ministry and then resigned from that position last month.

Philpott also expressed an intention to remain in the Liberal Party caucus.

Wilson-Raybould tweeted in support of Philpott’s resignation, describing her as “truly the #MOC” or “Mother of Country.”

“For almost 4 years our country has witnessed your constant & unassailable commitment to always doing what is right & best for [Canadians]. You are a leader of vision & strength & I look forward to continuing to work alongside you,” she wrote.

Trudeau’s former principal secretary, Gerry Butts, also resigned on Feb. 18 amid allegations he was involved in the attempts to intervene in the SNC-Lavalin investigations. He is to testify before the House of Commons justice committee Wednesday. 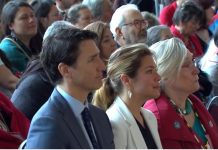 Report: ‘Genocide’ has been committed against Canada’s Indigenous peoples 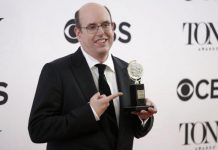