MacDonnell works to reduce teenage suicide rates at the Ikusik School in Salluit, a small village in the Canadian Arctic.

“There is so much intergenerational trauma,” MacDonnell told The Independent. “Decades of political issues means families are troubled and take to drink and drugs and violence and therefore young people are born into that situation. Often these kids can’t go home at night because it’s not safe.”

“You chose to teach at the Ikusik school in Salluit, a remote village in the Canadian Arctic,” Trudeau said. “There are no roads to Salluit — it is only accessible by air and it gets cold, really cold, negative 20 degrees Celsius this time of year. I’d like to say thank you to every teacher out there.”

The prize was announced at the Global Education and Skills Forum in Dubai. The award ceremony featured TV personality Bear Grylls and Italian singer Andrea Bocelli, as well as video messages from Prince Harry and Thomas Pesquet, an astronaut currently aboard the International Space Station.

The ceremony’s glitz, glam and theatrics were aimed at raising the profile of — and appreciation for — the teaching profession.

“I hope Maggie MacDonnell’s story will inspire those looking to enter the teaching profession and shine a powerful spotlight on the incredible work teachers do all over the world every day,” said Sunny Varkey, founder of the Varkey Foundation. 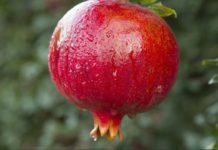 Juice company offers $1M for pitch to use 50,000 tons of pomegranate waste