That’s because, even though commercial hemp is now legal in the United States, the legal status of CBD is still murky and differs by state.

“Start where you are, and maybe find a partner in another state for production there,” said Dan Anglin, co-founder and CEO of CannAmerica, a publicly traded CBD and marijuana company.

“That’s what every brand in Colorado does today. Right now, you technically can’t even fly it in a plane or on navigable waters because that’s federally regulated,” Anglin said.

Thousands of people interested in CBD flowed into the USA CBD Expo at the Miami Beach Convention Center in Florida on Friday, trying to learn how to get into the exploding market.

CBD is a non-intoxicating compound that comes from hemp, a cousin to the marijuana plant. The 2018 Farm Bill cleared away the last remaining legal barriers to commercial hemp production.

Anglin said he’s interested in expanding to Florida, the nation’s third-largest state. CannAmerica is based in Vancouver, British Columbia, Canada, but has partners in Colorado, Nevada and Maryland.

The CEO said there’s still a lingering perception that CBD business people are criminals. He advised advertising products with the word hemp, rather than CBD. He also suggested that people in the industry should educate themselves about regulations and lobby hard for clear and fair rules.

“The anti-pot lobby will show up. They think if you’re in this industry, you might be smoking pot,” he said.

Nathan Hall, a businessman and farmer from Kentucky, knew all too well what Anglin was talking about. He said he and his girlfriend were arrested in a small mountain town in Virginia as they transported 800 young hemp plants to a field for planting.

“They thought they’d made a big drug bust, even though we had valid Kentucky hemp growers license,” Hall said.

The charges were dropped a few days later when an expert told the police the plants were hemp.

Hall views hemp as a potential solution to Eastern Kentucky’s economic woes tied to a declining coal industry. His startup company, Pine Mountain Remedies, has joined a fledgling Kentucky Organic Hemp Coalition. Hemp, which is also valued for its fiber and oil, also is widely considered as a replacement for declining tobacco crops.

Miami consultant Silvia Valderrama was among the crowd listening to Anglin. She is advising a Calgary, Canada-based manufacturer of cannabis medical products, Ecopharm Biosciences, on how to enter U.S. markets. CBD commonly is sold as a tincture or vape oil and in capsules or creams.

“We’re trying to decide which states to enter and how to package it, but we are probably coming to Florida,” she said. “We were going to label it as CBD, but after listening to this, I think we might change it to hemp.”

Ecopharm grows hemp in Colombia, where the crop is well-suited to a climate more famous for growing Colombian coffee.

“We can grow four crops a year in Colombia,” said Daniel Vargas, chief financial officer for Zativa Group, based in the Rio Negro area of Colombia. 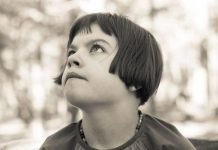 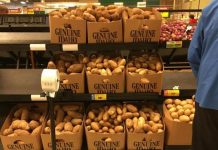 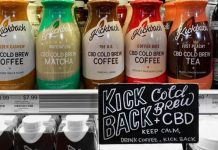 CBD still not legal in food for humans or animals, FDA says