April 10 (UPI) — The Congressional Budget Office on Monday said it expects the U.S. budget deficit to reach $804 billion this year and to exceed $1 trillion in 2020.

The independent office’s updated projections predict the deficit will reach $981 billion. This year’s deficit — which is $139 billion more than 2017 — would account for 4 percent of the gross domestic product.

The CBO’s last forecast in September expected the 2018 budget deficit to be $563 billion; the update includes the new tax plan and the $1.3 trillion spending bill passed in March.

“The legislation has significantly reduced revenues and increased outlays anticipated under current law,” the CBO said.

The report said the debt burden would approach 100 percent of the GDP by 2028, the highest level since just after World War II. If lawmakers renew tax cuts expected to expire under the new tax law, there would be “even larger increases in debt.”

Despite the increased debt burden, the CBO predicts the real GDP will rise to 3.3. percent in 2018 with the average growth over the next decade to be at 1.9 percent. Unemployment will decrease to 3.3 percent in 2019. 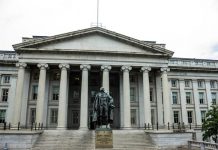 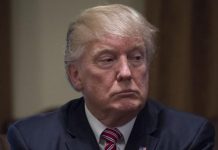