U.S. Customs and Border Protection and Drug Enforcement Administration agents seized the money found in five duffel bags aboard a vessel near Fajardo, the U.S. agency said Monday in a statement.

The seizure followed CBP Air and Marine Operations agents having detected the vessel heading from Fajardo to the U.S. Virgin Islands with its lights off and requested a Marin patrol aircraft to conduct surveillance.

The vessel then abruptly turned around and headed back to Fajardo, landing near Rio Fajardo.

Agents in pursuit watched the suspects unload duffel bags from the vessel before abandoning the money and fleeing, CPB said.

Along with the money, the agents seized a loaded Taurus .40 caliber pistol and 63 rounds of ammunition, the department said, adding that the seizure was made under failure to declare and bulk cash smuggling laws.

“We remain committed to working with other federal and local law enforcement partners to detect and deter smuggling attempts throughout the Caribbean,” said Johnny Morales, director of Air and Marine Operations for the Caribbean Air and Marine Branch. 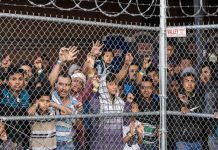 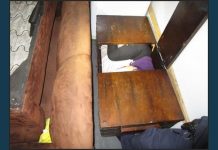