Aug. 29 (UPI) — Cases of three common yet treatable sexually transmitted diseases increased for the fourth consecutive year in 2017, the Center for Disease Control said in a report released Tuesday.

The CDC found there were nearly 2.3 million cases of chlamydia, gonorrhea and syphilis diagnosed in the United States in 2017, according to preliminary data.
The total surpassed the previous record in 2016 by more than 200,000 cases and marked a larger trend of “sharp increases” in these STDs since 2013.

“We are sliding backward,” said Jonathan Mermin, director of CDC’s National Center for HIV/AIDS. “It is evident the systems that identify, treat and ultimately prevent STDs are strained to near-breaking point.”

Chlamydia was the most common condition reported to the CDC, with more than 1.7 million cases diagnosed in 2017. Diagnoses increased 45 percent among women aged 15 to 24.

Diagnoses of primary and secondary syphilis rose 76 percent from 17,375 to 30,644. Gay, bisexual and other men who have sex with men accounted for nearly 70 percent of cases where the the gender of the sex partner was known.

All three STDs can be treated with antibiotics, however the CDC noted most cases go undiagnosed and untreated, leading to health problems such as infertility, ectopic pregnancy, stillbirth in infants, and increased HIV risk.

The CDC also reported that the threat of untreatable gonorrhea continues in the United States.

It began recommending healthcare providers prescribe a single shot of ceftriaxone along with an oral dose of azithromycin — a prescription medication used to treat bacterial infections — to treat gonorrhea in 2015, in order to help delay the development of resistance to ceftriaxone.

The two-drug combination has yet to fail, but the CDC found resistance to azithromycin has increased from 1 percent in 2013 to more than 4 percent in 2017.

“We expect gonorrhea will eventually wear down our last highly effective antibiotic, and additional treatment options are urgently needed,” Gail Bolan, director of CDC’s Division of STD Prevention, said. “We can’t let our defenses down — we must continue reinforcing efforts to rapidly detect and prevent resistance as long as possible.” 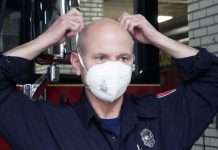 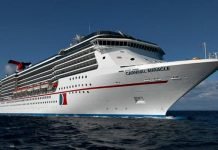