BAKERSFIELD, Calif., Jan. 8 (UPI) — Mass murderer Charles Manson has returned to the California prison where he is serving a life sentence after being hospitalized with medical problems, a corrections official said.

Officials with the California Department of Corrections and Rehabilitation have declined to comment on the condition of Manson, 82, citing federal and state privacy laws. But the Los Angeles Times reported he was admitted to Mercy Hospital in Bakersfield with a serious medical problem.

The New York Post reported Manson was supposed to receive emergency surgery Thursday night because of intestinal problems. After doctors decided against the procedure, he was returned to Corcoran State Prison on Friday, the sources said.

Terry Thornton, a spokeswoman for the department, said Friday that Manson was back in the Bakersfield prison.

“Inmate Manson is at California State Prison-Corcoran,” she said in an email to the Times. “He is at the prison. I don’t know how much plainer it can be.”

The Post also reported that Manson was taken to the hospital for treatment several months ago.

Manson is serving nine life sentences for conspiracy to commit murder for his role as the leader of the infamous Manson Family cult during its murderous spree in August 1969 in the Los Angeles area. The victims included actress Sharon Tate.

Manson was sentenced to death, but California’s death penalty was ruled unconstitutional in 1972 by the California Supreme Court. His sentence was changed to life in prison with the possibility of parole. But he has been denied parole 12 times. 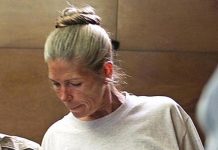 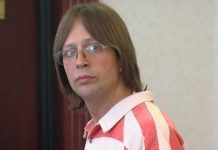 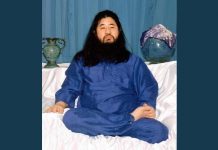