“Today is possible due to the perseverance of those who went before me serving as an inspiration to me and many others,” Brown said during a formal “Change of Responsibility” ceremony during which he took over from retiring Gen. David L. Goldfein.

“Those like the Tuskegee Airmen, Benjamin O. Davis Jr., Chappie James, African American leaders across our Air Force and military, past and present, to include today’s special guest, Ed Dwight, America’s first African American astronaut candidate,” Brown said. “It is due to their trials and tribulations in breaking barriers that I can address you today as the Air Force Chief of Staff.”

Brown, who was confirmed by the Senate in June and nominated in March, was elevated to his new role during a socially distanced 90-minute ceremony attended by Defense Secretary Mark Esper and Chairman of the Joint Chiefs of Staff Gen. Mark A. Milley, as well as Goldfein.

Brown, who has served in the Air Force for more than 35 years, had previously served as commander of Pacific Air Forces.

As chief of staff, Brown will be responsible for ensuring the Air Force is trained, ready and equipped to accomplish any mission at any time.

“I am confident you will take the Air Force to greater heights and I’m excited to watch you lead,” Esper said. 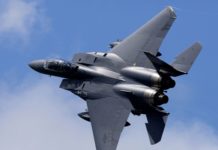 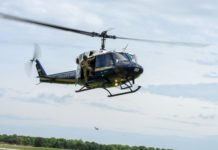 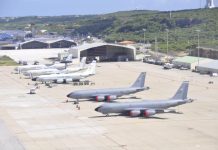