Lightfoot told reporters Monday she had a “significant concern” that the CTU was not expressing a “sense of urgency” to bargain in a proper way to avoid the strike set to occur in 10 days.

She was speaking at a City Hall news conference where she displayed a chart, including the number “141,” the number of days she’s been in office and waiting for the CTU to provide a counteroffer to the city’s contract proposal that addresses compensation, health care and staffing issues.

“This morning we are here to express our significant concern,” Lightfoot said. “I’m concerned that CTU leadership is not exhibiting this sense of urgency needed to move these negotiations forward in a substantive way to avoid a strike, to advance our shared mission of serving Chicago’s youth.”

Lightfoot held up the city’s offer, which is about 50 pages long, and includes a 16 percent pay rise, which would raise the average teacher’s pay to $100,000.

She said a five-page response she got from CTU last Friday did not address any of the substantive issues.

Three unions voted Tuesday to go ahead with the walkout of thousands of teachers out of about 35,000 public workers, and notified the city of their plans.

Teachers said the strike is not only for better pay, but also more school staff to reduce class size.

“Out of one side of their mouth, they’re talking about what they want to do to help families,” Monroe Elementary School teacher Lori Torres said in a statement. “But they bring none of that to the bargaining table in terms of staffing, class size and things that matter to all of the families that have children in Chicago’s public schools.”

Lightfoot said the CTU negotiators have not moved on from any positions they gave back in January.

“The clock is ticking, and we must get a comprehensive counteroffer from the CTU,” Lightfoot said. 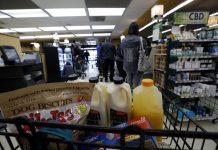 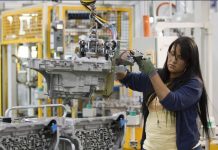