Aug. 19 (UPI) — China’s Embassy in Ottawa told Canada to “stop meddling in Hong Kong affairs” after the North American country made a statement with the European Union in support of the right to peaceful assembly in Hong Kong.

Some 1.7 million Hong Kongers took to the streets Sunday for the 11th straight weekend in peaceful protest against the semi-autonomous region’s government and police brutality.

Starting in early June as a protest against a controversial extradition bill that would allow some suspected criminals in Hong Kong to be sent to the mainland to face Communist Party courts has evolved into a larger pro-democracy movement as clashes with police have escalated in violence.

On Sunday, Canada’s Foreign Affairs Minister Chrystia Freeland and EU Foreign Affairs and Security Policy High Representative Representative Federica Mogherini said in a statement that “fundamental freedoms, including the right of peaceful assembly, and Hong Kong’s high degree of autonomy … must continue to be upheld.”

The short statement makes no judgment on culpability while calling on both sides to practice restraint, reject violence and take steps to de-escalate the situation.

“Engagement in a process of broad-based and inclusive dialogue, involving all key stakeholders, is essential,” they said.

It said Hong Kong was under China’s sovereignty and no other country should interfere.

It called the joint statement “irresponsible and erroneous.”

Tensions between Canada and China have been escalating since late last year when Ottawa arrested Huawei CFO Meng Wanzhou on behalf of the United States. 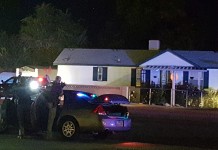