Nov. 8 (UPI) — Cigarette smoking has reached an all-time low among U.S. adults — 14 percent — according to new data released by the U.S. government.

Experts and researchers say the new data is proof that efforts to decrease the rates of smoking in the United States have been successful, but they say there is still much more work to be done.

An estimated 34 million adults in the United States smoked cigarettes in the previous 30 days in 2017, which is down from 15.5 percent in 2016 and 67 percent less since 1965, according to data released by Centers for Disease Control and Prevention, the Food and Drug Administration and the National Institutes of Health’s National Cancer Institute.

The data were based on 26,742 adults 18 and older. Current cigarette users were defined as those who reported having smoke 100 or more cigarettes during their lifetime and every day or some days during the time of the survey.

“This new all-time low in cigarette smoking among U.S. adults is a tremendous public health accomplishment — and it demonstrates the importance of continued proven strategies to reduce smoking,” Dr. Robert Redfield, director of the CDC, said in a statement. “Despite this progress, work remains to reduce the harmful health effects of tobacco use.”

The highest usage of any tobacco product was among people with annual household incomes under $35,000 at 26 percent, followed by people living with a disability at 25.0 percent, adults living in the Midwest at 23.5 percent and in the South at 20.8 percent, people who were divorced, separate or widowed at 23.1 percent, people with a General Education Development certificate at 42.6 percent, and American Indian and Alaska natives at 29.8 percent.

Tobacco usage disparity was more than double among those with serious psychological distress at 40.8 — percent compared with those without at 18.5 percent.

Adults’ cigarette usage has been surveyed since 1965 but usage of other tobacco products began more recently, according to a CDC press release.

Among all tobacco users, 19 percent reported use of two or more tobacco products. Cigarettes and e-cigarettes were the most common combinations.

“The continued drop in adult smoking rates to historic lows is encouraging and the FDA is committed to accelerating declines in smoking and shifting the trajectory of tobacco-related disease and death through our comprehensive approach to tobacco and nicotine regulation,” Dr. Scott Gottlieb, the FDA commissioner said.

Gottlieb also said they are “working to protect kids from the dangers of tobacco product use, including e-cigarettes.”

“For more than half a century, cigarette smoking has been the leading cause of cancer mortality in the United States,” said Dr. Norman E. Sharpless, the National Cancer Institute director. “Eliminating smoking in America would, over time, eliminate about one-third of all cancer deaths. “The persistent disparities in adult smoking prevalence described in this report emphasize the need for further research to accelerate reductions in tobacco use among all Americans.” 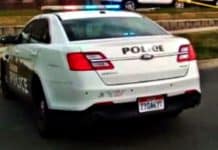 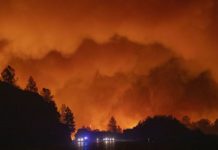