In a letter sent by a private law firm hired by the city to Texas Attorney General Ken Paxton on Thursday and later posted online, Uvalde officials argue they have legal authority to block the release of a wide array of information about police actions during the shootings under several provisions of state law.

One of the provisions it cites is a measure known as the “dead suspect loophole” under which authorities are allowed to withhold information relating to an ongoing investigation if the suspected criminal died in police custody, NPR reported.

Very few details have been released by local authorities over the police response to the massacre, in which an 18-year-old gunman using an automatic weapon killed 19 children and two adults on May 24. Parents and other critics say Uvalde police erred by not immediately breaching a classroom where the gunman barricaded himself and killed his victims.

The police response is now the subject of several investigations, including a probe conducted by the Department of Justice.

News organizations have sought public documents related to the shooting, requesting access to materials including body camera footage, photos, 911 calls, emails, text messages, criminal records and more under the Texas Open Records Act, but those requests have been denied.

According to the city’s letter to Paxton, officials are citing exemptions to the open records law, including the “dead suspect loophole,” to withhold information.

The loophole has been used often by Texas law enforcement agencies to turn aside family members and others seeking details about cases when someone charged with a crime dies while in custody, said Texas state Rep. Joe Moody, a member of the state house committee investigating the Uvalde shooting.

“The policy consideration is a good one,” he told Texas Public Radio. “Maybe you’re wrongfully accused of something; this was meant to protect the accused. And now it’s been flipped on its head.” 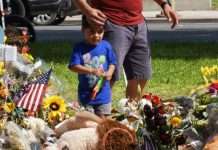 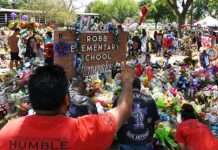