Drastic fluctuations in climate, often blamed on humans, could cause significant deterioration to tens of thousands of steel-girder bridges across the United States, a study from Colorado State University civil engineers Susan Palu and Hussam N. Mahmoud concluded.

They studied simple steel-span bridges constructed with a deck on top of two girders and supported by concrete pillars. The bridges were mass-produced during the highway boom in the 1950s and 1960s.

Of almost 90,000 U.S. bridges studied, about 25 percent could fail within the next 20 years. Almost 30 percent of steel-span bridges could fail by 2060, and nearly all of the bridges will failed by 2100, the researchers predicted.

Researchers found a weakness in expansion joints, which allow girders to expand and contract 3 to 6 inches as temperatures rise and fall. The problem, they said, is that the joints, which lie on the roadway and work like interlocking fingers, often clog with debris and dust.

When the steel heats up, “the girder wants to expand, but the joint is already clogged with debris,” Mahmoud said.

Axial pressure on the girders, added to the vertical weight of cars and trucks on the bridge, could cause steel fatigue, leading to cracks in the deck and steel supports.

“When the steel can’t expand there is a pushing-back on the girders,” he said.

As many of these bridges reach the end of their intended life, climate-related stresses could cause them to fail sooner than expected, authors said in “Impact of climate change on the integrity of the superstructure of deteriorated U.S. bridges,” published in PLOS One.

Bridges in the Northern Rockies and Plains, Northwest and Upper Midwest are the most vulnerable to hastening deterioration. North and South Dakota were states in which the most bridges were at risk, the study found.

Expansion joints are a maintenance problem compounded by the number of bridges with similar features, said Boston-based Andy Herrmann, former president of the American Society of Civil Engineers and the Structural Engineering Institute, who was not connected with the study. Herrmann said regular inspections flag debris-filled bridge components.

“It’s a maintenance problem that could be accelerated by climate change, and we have to stay on top of it,” Herrmann said, adding that old bridge extension joints theoretically could be replaced or shaved down to adjust to rising temperatures.

The Federal Highway Administration inspects bridges every two years for damage that could cause catastrophic failure. The program began after the 1967 collapse of the Point Pleasant Bridge over the Ohio River that killed 46 people after a suspension bar failed.

Another fatal bridge collapse from a design flaw came in 1983, when a section of the Mianus River Bridge in Connecticut gave way because of rust, killing three people.

Almost 615,000 bridges exist in the United States, and almost 40 percent of them are 50 years old or older. Bearings and expansion joints get clogged with dirt, grit and salt, engineer Herrmann said. Engineers designing bridges now cover the joints, allow for expansion in the bridge’s support or use a design that doesn’t collect debris.

If temperatures in the United States rise by even 1.8 degrees Fahrenheit, clogged expansion joints will put added stress on these bridges in some parts of the country where they already are at the end of their useful life, Mahmoud said.

Fixing bridge structural failures increases commuter time and can cause social and economic losses when bridges are closed for significant repairs.

The American Society of Civil Engineers’ 2016 “Failure to Act” report estimates that from 2016 to 2025, “each household will lose $3,400 each year in disposable income due to infrastructure deficiencies.”

“We still have all those old bridges out there that have to be maintained, rehabilitated, and eventually replaced,” Herrman said. “It all comes down to money.”

As for new bridges being built, civil engineers need to account for climate change and stronger designs that can withstand increased flooding, seismic activity and temperature fluctuations, Mahmoud said. Adding these contingencies is a growing area of study in civil engineering, he said.

Palu was pursuing a master’s degree in civil engineering when the work was conducted, and Mahmoud is an associate professor and chair of the American Society of Civil Engineers’ Steel Bridges and Fatigue and Fracture committees.

“Historically, these steel bridges have done well, and we have had limited failures, but going forward, engineers need to factor in extreme weather and higher temperatures,” Mahmoud said. 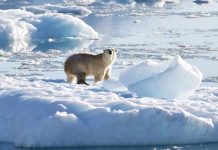 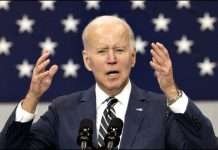