Clinton campaign staffers discovered and opened the standard white envelope at Clinton’s Manhattan office at about 5:30 p.m. on Friday before it was taken to the Brooklyn campaign headquarters, according to the New York Daily News.

The New York Police Department Emergency Service Unit, the Office of Emergency Management and the Department of Environmental Protection responded and determined the substance was non-hazardous after preliminary testing.

“The four individuals involved have reported no health issues and, following a full examination by medical personnel, were each released to go home,” Clinton campaign spokesman Glen Caplin said in a statement.

The 11th floor of the campaign office was evacuated during the incident while another office used by the Clinton campaign remained open throughout, CNN reported.

“Our office remained open throughout this period and will remain open without interruption [Saturday] morning,” Caplin said.

It remains unclear what exactly was inside the envelope or why it was delivered to the campaign office after being opened. Local police, the U.S. Secret Service and the Office of Emergency Management are investigating the incident. 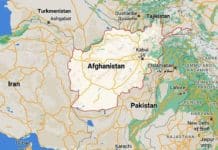 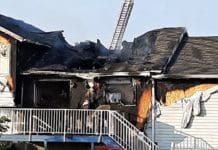 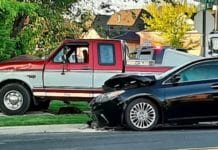