Oct. 17 (UPI) — The Coca-Cola Company announced Friday that it would discontinue Tab diet cola at the end of this year as part of a company streamlining effort to eliminate “underperforming products.”

“We are taking the tough but important steps to identify those products that are losing relevance and therefore should exit the portfolio,” said a statement from Cath Coetzer, global head of innovation and marketing operations.

Coca-Cola offered buyouts to 4,000 workers this summer due to the coronavirus pandemic, and hinted that more layoffs were coming. The company is changing direction with new products such as Topo Chico Hard Seltzer, Coca-Cola Energy and AHA flavored sparkling water, the company said.

Tab, introduced as a women’s diet drink in 1963, was the company’s first diet soda and initially was sweetened with saccharin. After the sweetener was linked to cancer, cans of Tab were required to be printed with a health warning label until the company changed its sweetener to Nutrasweet in the mid 1980s.

The soda became an ironic pop-culture icon, appearing in movie scenes like Steve Martin’s birthday meal in “The Jerk,” a part lonely holiday vodka concoction in Bill Murray’s “Scrooged” and a soda anachronism for Michael J. Fox in “Back to the Future.”

Tab was overtaken by Diet Coke in 1982 as the company’s primary diet cola, but Tab has maintained a “small but loyal” following over the decades, the company said.

“We’re forever grateful to Tab for paving the way for the diets and lights category, and to the legion of Tab lovers who have embraced the brand for nearly six decades,” said Kerri Kopp, group director for Diet Coke at Coca-Cola North America. “If not for Tab, we wouldn’t have Diet Coke or Coke Zero Sugar. Tab did its job.”

“I’m going to have some VERY heartbroken family members today!!” tweeted Georgia resident @Colleenweather. “My mom has been a diehard Tab fan for decades … then she got my daughter lovin’ this vintage soda too!”

Coca-Cola said it would be retiring other products, as well, at the end of the year, including ZICO coconut water, Coca-Cola Life and Diet Coke Feisty Cherry, plus regional offerings Northern Neck Ginger Ale and Delaware Punch. 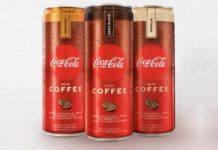 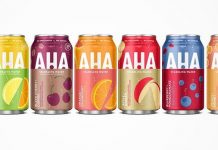 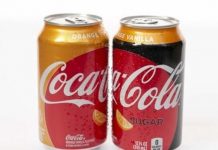