WASHINGTON, Sept. 7 (UPI) — Former U.S. Secretary of State Colin Powell said he kept two computers to send and receive emails while he was in the position.

During an appearance on NBC’s Meet the Press on Sunday, Powell said he used one computer for sending sensitive material and a second for less important communications.

“I had a secure State Department machine for secure material and I had a laptop that I could use for email. I would email relatives, friends, but I would also email in the department,” he said.

Powell discussed his email setup in a chapter in his book, It Worked For Me. He addressed the topic again Sunday as Democratic presidential candidate and former Secretary of State Hillary Clinton faces criticism over her use of a private email account and computer server for official government business.

Powell did not disclose whether he found Clinton’s acts inappropriate.

He also said that upon his arrival to the State Department, he witnessed a “disastrous” information system, which he fixed by getting new computers, giving “them access to the whole world.” 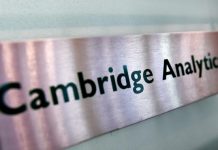 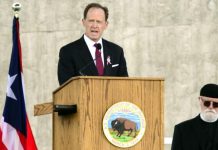 Sen. Pat Toomey says ‘Luther Strange would be a strong candidate for a write-in’ 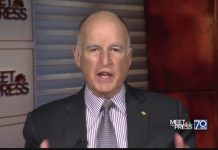