BOGOTA, Oct. 14 (UPI) — In the wake of Colombian voters’ rejection of a peace deal between their government and the Revolutionary Armed Forces of Colombia, or FARC, President Juan Manuel Santos extended a ceasefire with the rebel group as a new deal is worked out.

The ceasefire between the Colombian government and FARC was extended by Santos from Oct. 31 to Dec. 31 as his team, political opponents and the rebel group work out a new version of the deal for consideration by voters.

“Let it be clear: this isn’t an ultimatum or deadline,” Santos said after meeting with students who want the rejected peace deal to be put into effect, saying he expects a new deal to be done before the new ceasefire expires. “Time is conspiring against peace and life.”

Colombians voted down the first version of the deal on Oct. 2, sending negotiators back to Cuba to rework peace accords that could end the 52-year war with the Marxist rebel group.

Santos said he hopes a deal can be worked out between his staff, former President Alvaro Uribe, who is leading opposition to the original peace deal and the leaders of FARC long before the end of the year.

The Democratic Center party led by Uribe sent the Santos government a 26-page proposal calling for changes to the first agreement, including allowing FARC to receive the seats in Congress it has negotiated for, but bars leaders from the group guilty of atrocities from holding elected office.

There are concerns that FARC fighters may become restless and violate the ceasefire as time goes on, but the group’s leaders say they have no intention of walking away from the progress of four years of negotiation to end the decades-long war. 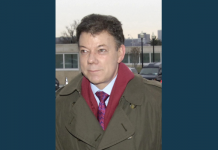 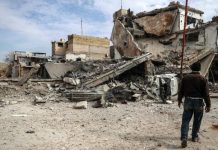 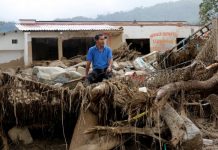