The system — it connects the military forces of the United States, Canada, the Netherlands and Britain — is the Advanced Extremely High Frequency, or AEHF, satellite network.

With attaining initial operational capability, all operators with access can begin using the system for routine sensitive communication and critical operations.

“When a commander issues orders, they need to know their troops will get the information quickly and without fear of interruption or interception,” said Mark C. Calassa, vice president of Protected Communication Systems and AEHF program manager for Lockheed Martin. “Compared to anything else on orbit, AEHF gives an unmatched level of protection and has five times the speed of legacy protected communication systems.

“With AEHF reaching IOC, the system’s international partners can more quickly and safely command some of the world’s most capable militaries to address global instability as it arises.”

Lockheed Martin said that while there are many secure satellite communication systems serving both the civil and military sectors and their connection to each other, AEHF AEHF is the only one that protects against the full spectrum of threats, including jamming, eavesdropping and cber-attacks.

Its high data transfer rates can securely send images, video and other mission data to compatible aircraft, ships and maneuver forces. Faster than the Milstar system, it also will provide real-time battlefield maps and targeting data for tactical operations. 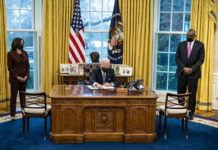