May 5 (UPI) — For the first time since he took office, President Donald Trump will spend the weekend in the New York City area at what might be called a “Northern White House” — which is, in reality, another of the billionaire’s posh resorts.

And like all of the president’s other weekend getaways so far, this one’s also costing taxpayers a lot of money.

Trump traveled to the greater New York City area on Thursday and will remain there through the weekend. His residence for the next couple days will be the 12-year-old Trump National Golf Club in Bedminster, where he spent much of his time during the transition.

The White House said Trump will have a working weekend at the luxury country club, which is located 35 miles due west of Manhattan.

Trump said Friday he would work out of the billion-dollar resort rather than commute to Trump Tower in New York’s Financial District — saying the move was in the best interests of American taxpayers.

“Rather than causing a big disruption in N.Y.C., I will be working out of my home in Bedminster, N.J. this weekend. Also saves country money!” he tweeted.

Because Trump mentioned the cost of such a commute, which involves the price of presidential security, CBS News reported that trips to Manhattan are indeed substantially more expensive — nearly $310,000 per day.

Trump’s treks to Jersey, though, aren’t cheap either. It’s estimated that an entire summer’s worth of trips to Bedminster (about seven) is roughly $300,000, according to Mayor Steven Parker — about the same cost of membership to the club.

After his inauguration, Trump made repeated trips to his exclusive Mar-a-Lago resort in South Florida. Those trips, though, may switch to New Jersey now that the winter is over.

The cost of Trump’s security, though, will continue to be an issue in Palm Beach County.

Municipal officials there, who are responsible for aiding in the president’s security, say so far Trump has racked up a $4 million security tab that continues to go unpaid by his government.

With taxpayers on the hook for the bills, some critics say Trump needs to stop hopping from resort to resort for trips that could be deemed unnecessary. Trump made seven trips to Mar-a-Lago in 11 weeks, hosted two summit meetings and played golf 14 times over a period of about 17 days.

Running up such a steep security bill, some critics say, runs contrary to Trump’s repeated statements against wasteful spending — and comes off a bit hypocritical for a president who has already proposed major budget cuts to government agencies, like the EPA and Office of Drug Control Policy, in an effort to save money.

“An investment in life, leisure and luxury, membership to Trump National Golf Club affords only the finest amenities and service for those specifically destined to be a part of this exclusive club,” the resort states on its website.

The Center for American Progress has started keeping track of Trump’s movements. It first established a website for his South Florida jaunts — and now has one for his New Jersey weekenders. The Mar-a-Lago tracker has a homepage image that says, “Closed for the season” with a sticky note image tacked on that reads, “Trump is at Bedminster.”

“Is Trump at Mar-a-Lago? No, but he’s gone on vacation 8 weekends out of 16 as president,” the site states.

The CAC website says that trips to Florida and New Jersey have so far cost taxpayers a combined $26 million in just a short period of time. That amount, the site says, could have paid for 6 years’ worth of assistance to the U.S. homeless population, helped 4,000 Medicaid recipients, fed 63,000 public school children per year, or 9,000 Meals on Wheels recipients.

“I do wish that he would spend more time in Washington, D.C.,” Sen. Joni Ernst, R-Iowa, said last month. “That is something I think that has been bothering not just me, but some other members of our [GOP] caucus. So I think that is going to be a topic of discussion.

“That’s what we have the White House for.”

It costs taxpayers even more to provide security for first lady Melania Trump and the couple’s son, Barron, who continue to live in New York City — where the NYPD says it costs nearly $150,000 every day to guard them. Almost 560,000 people have signed a petition online demanding that they move to the White House — or foot the security bill themselves.

“The U.S. taxpayer is paying an exorbitant amount of money to protect the First Lady in Trump Tower,” the petition states. “As to help relieve the national debt, this expense yields no positive results for the nation and should be cut from being funded.” 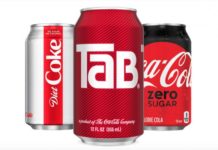 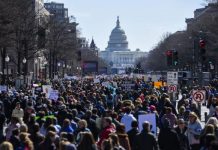 March for Our Lives: Students around the country rally against gun violence 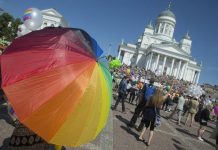