Dec. 31 (UPI) — The people of the Democratic Republic of Congo took to the polls Sunday to elect their first new leader since 2001 amid delays caused by weather and technical difficulties.

About 40 million people are eligible to vote for the successor to President Joseph Kabila after the election was postponed two years from the end of his turn in 2016 after the electoral commission said it needed more time to register voters.

Sunday’s elections began at 5 a.m. local time and were scheduled to end at 5 p.m., but people already in line at the cutoff time would be permitted to vote.

Voting began with delays in some areas, as some of the electronic voting machines, which are being used for the first time in this election weren’t working.

Heavy rains also caused delays in the capital city Kinshasa, where some also reported the electoral register had not been delivered and people were unable to vote.

Kabila promised the elections “will definitely be free and fair,” despite the threat of rain.

There are 21 candidates seeking to replace Kabila in what would be the country’s first peaceful transfer of power since gaining independence in 1960, but three are considered to be most likely to have a chance at winning the presidency.

Kabila’s former interior minister Emmanuel Ramazani Shadary is among the frontrunners, although he was sanctioned by the European Union for his role in violently suppressing political protests in 2017.

Additionally, former ExxonMobil manager Martin Fayulu, who has promised “a dignified and prosperous Congo,” and Felix Tshisekedi Tshilombo, the son of a late veteran opposition leader, are the two most prominent opposition candidates.

Kabila made the shocking announcement that he would step down as president after clinging to power for the two years after his term ended by suppressing protests and opposition.

He took over for control of the country in 2001 after his father was assassinated, but is prohibited from seeking a third term under the constitution.

The postponement of the 2016 election led to violent clashes, and issues surrounding the election persisted through last week when the country experienced difficulty distributing voting materials to polling sites.

Thousands of electronic voting machines also were destroyed in a fire in Kinshasa during the lead-up to the election. 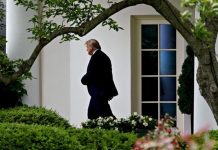 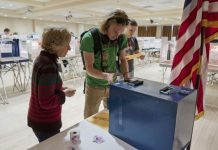 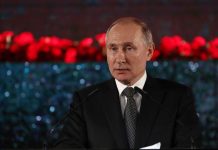