WASHINGTON, Nov. 5 (UPI) — A special committee of the U.S. Senate has reached out to Turing Pharmaceuticals to demand explanations over the company’s controversial 5,000 percent price increase of the drug Daraprim, often used to treat toxoplasmosis in people with compromised immune systems like AIDS patients.

In August, Turing Pharmaceuticals acquired Daraprim, which was first developed in 1953, and the company immediately increased the price of the drug. The price increase raised the average treatment costs for patients from about $1,130 a year to $63,000. Certain patients may need to pay up to $634,000 each year for Daraprim treatment.

“The United States Senate Special Committee on Aging is conducting an investigation into the pricing of off-patent drugs in certain circumstances,” the committee wrote in a letter sent to Turing Pharmaceuticals CEO Martin Shkreli. “In particular, the committee wishes to learn more about Turing Pharmaceuticals’ recent acquisition of the rights to sell Daraprim, a drug used to treat and prevent infections, from Impax Laboratories and Turing’s subsequent decision to increase the price of Daraprim from $13.50 per tablet to $750.”

The committee is asking Turing to provide financial data and to detail multiple aspects of the development, production and sale of Daraprim, including to identify the Turing employee responsible for setting the price of Daraprim.

The committee set a Dec. 2 deadline for Turing to provide the information.

Daraprim, known generically as pyrimethamine, treats toxoplamosis, an infection caused by the Toxoplasma gondii parasite, one of the world’s most common parasites. The parasite can enter its host when people eat under-cooked meat or drink contaminated water.

Although toxoplamosis isn’t considered dangerous in people who are generally healthy, for people who are pregnant or have a weakened immune system, such as AIDS or cancer patients, the effects of the infection can be severe. Daraprim is also used to treat malaria.

Shkreli previously defended the company’s decision by saying that Daraprim is so rarely used that the impact on the health system would be small. He also said Turing would use Daraprim profits to develop improved treatments for toxoplasmosis with fewer side effects.

“This isn’t the greedy drug company trying to gouge patients, it is us trying to stay in business,” Shkreli previously said. “This is still one of the smallest pharmaceutical products in the world. It really doesn’t make sense to get any criticism for this.”

Since Turing made headlines with its decision to boost the cost of the drug, a competitor, Imprimis Pharmaceuticals has introduced a cheaper version of the medication. The company is offering a compounded formulation of pyrimethamine and leucovorin for roughly $1 a pill. 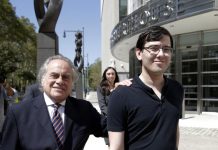 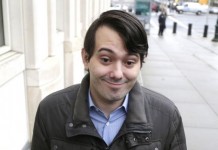 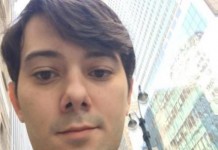