Jan. 13 (UPI) — The Congressional Black Caucus, condemning “racist statements” by Rep. Steve King, is calling on Republicans to remove him from committee assignments.

The 69-year-old Republican, who was elected to represent Iowa’s Fifth Congressional District in 2002, is being criticized for appearing to defend white nationalism.

“If Republicans really believe these racist statements have no place in our government, then their party must offer more than shallow temporary statements of condemnation,” CBC Chairwoman Rep. Karen Bass, D-California, said in a statement obtained by CNN. “Instead, they must actually condemn Mr. King by removing him from his committee assignments so that he can no longer affect policies that impact the very people he has made it clear he disdains.”

On Thursday, King said to The New York Times: “White nationalist, white supremacist, Western civilization — how did that language become offensive? Why did I sit in classes teaching me about the merits of our history and our civilization?”

In a floor speech Friday, King didn’t apologize for his remarks. The House member said he shouldn’t be labelled a white nationalist and said he regretted “the heartburn that has poured forth upon this Congress and this country and especially in my state and in my congressional district.”

Asked if he was concerned about losing committee positions, he told reporters: “I’ve had no discussion about that. I haven’t given it any thought. But the more you guys write about that stuff, then it becomes an issue.”

King has been assigned to agriculture, small business and judiciary committees, according to his House website.

Sen. Joni Ernst, a fellow Iowa Republican, posted on Twitter on Saturday: “I condemn Rep. Steve King’s comments on white supremacy; they are offensive and racist — and not representative of our state of Iowa. We are a great nation and this divisiveness is hurting everyone. We cannot continue down this path if we want to continue to be a great nation.”

“We’ll see what we do about Steve King, but nonetheless, nothing is shocking anymore, right? The new normal around here is to praise white supremacists and nationalism as something that shouldn’t be shunned,” Pelosi told reporters in the Capitol.

Bass, in her statement, compared King with President Donald Trump.

“Like Donald Trump, Steve King has sought again and again to give comfort to white supremacists, something that should never be allowed in the halls of Congress or the Oval Office,” according to her statement obtained by an NBC News reporter.

Before the November election, Ohio Rep. Steve Stivers, the chairman of the House GOP’s campaign arm, issued an extraordinary public denunciation of him, writing: “We must stand up against white supremacy and hate in all forms, and I strongly condemn this behavior.”

On Wednesday, two years before the next election, Iowa State Sen. Randy Feenstra announced he will challenge King in the Republican primary. 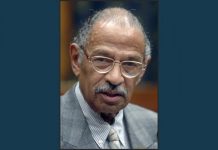 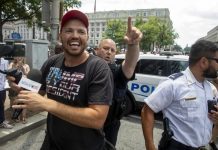 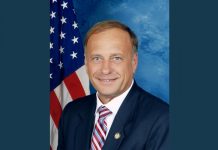