Durst, who was sentenced in Los Angeles County last year for first-degree murder in the 2000 death of Susan Berman, died of natural causes early Monday while being treated at an outside hospital, according to the California Department of Corrections and Rehabilitation.

He had been housed at the California Health Care Facility, a state prison for ailing inmates in Stockton, Calif.

Durst died at San Joaquin, Calif., General Hospital, NBC News reported. He was put on a ventilator in October after contracting COVID-19.

Durst was sentenced on Oct. 14, to life imprisonment for the slaying of Berman, his best friend. Prosecutors accused him of killing Berman to stop her from talking about aiding him in the death of his first wife, Kathleen Durst, who disappeared in 1982 at the age of 29.

Kathleen Durst’s body has never been found, but in November authorities in Westchester County, N.Y., charged Durst with second-degree murder in connection with her disappearance.

Westchester County District Attorney Miriam Rocah said in a statement emailed to UPI that her office has contacted the family of Kathleen Durst to inform them of Robert Durst’s death.

“After 40 years spent seeking justice for her death, I know how upsetting this news must be for Kathleen Durst’s family,” she said. “We had hoped to allow them the opportunity to see Mr. Dust finally face charges for Kathleen’s murder because we know that all families never stop wanting closure justice and accountability.”

In the wake of his death, Rocah said they will make public further information surrounding the unsolved case of Kathleen Durst, which has baffled police for decades and ultimately made Durst the subject of a Hollywood film and an HBO documentary.

He was the eldest son of New York real estate developer Seymour Durst, whose family fortune is worth about $8 billion. He had been estranged from his family since the 1990s.

In 2015, he participated and handed over personal recordings for the HBO documentary “The Jinx: The Life and Deaths of Robert Durst.” The tapes were played in California court during his trial for Berman’s death. 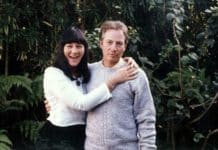