SEATTLE, Aug. 16 (UPI) — Coral reefs offer many fish species camouflage and a variety of nooks and crannies in which to hide. In return, fish offer their urine.

It’s not exactly a symbiotic relationship, but it’s a pretty good deal for both parties. When they pee, fish release phosphorous, a vital nutrient. They also excrete nitrogen in the form of ammonium through their gills, another important food for coral.

New research suggests a lack of fish pee explains the lack of nutrients surrounding coral in waters where commercial fishing is common.

The research was published this week in the journal Nature Communications.

“Part of the reason coral reefs work is because animals play a big role in moving nutrients around,” lead study author Jacob Allgeier, a postdoctoral researcher at the University of Washington’s School of Aquatic and Fishery Sciences, explained in a news release.

“Fish hold a large proportion, if not most of the nutrients in a coral reef in their tissue, and they’re also in charge of recycling them,” Allgeier said. “If you take the big fish out, you’re removing all of those nutrients from the ecosystem.”

Allgeier and his research partners measured nutrient levels at a variety of coral reefs. Reefs with a greater population of predator fish featured higher levels of vital nutrients. Reefs with few big fish were nutrient poor.

“Simply stated, fish biomass in coral reefs is being reduced by fishing pressure,” Allgeier said. “If biomass is shrinking, there are fewer fish to pee.”

Allgeier is now working with scientists to build models to total the amount and types of nutrients provided to reefs by different fish species.

“It’s remarkable how robust the models are just from knowing fish size and species,” he concluded.

Corals face significant environmental pressures in oceans all over the world. Allgeier hopes his work can aid the fight to protect coral ecosystems. 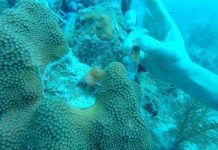 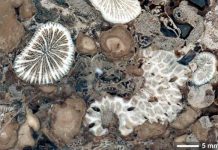 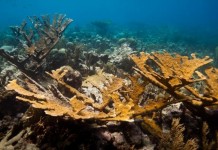 Lab-Bred Corals Reproduce In The Wild, A First