EVANSVILLE, Ind., June 18 (UPI) — Corn prices are rising this spring as heavy rains across the Midwest lay waste to this year’s crop.

On Monday, the corn futures price for July opened at $4.54 per bushel — the highest it’s been in five years, according to the Chicago Mercantile Exchange.

The price leap comes as growers continue battling to get their corn in the ground.

“When the bomb cyclone hit Nebraska in March, that was really the beginning of the whole thing,” said Gale Lush, a Nebraska farmer who serves as chairman of the American Corn Growers Association. “Then the rain started and it hasn’t stopped.”

American farmers are usually finished planting corn by early June. But, as of Monday afternoon, 92 percent of the nation’s fields were planted, making this the slowest planting season recorded by the U.S. Department of Agriculture.

Of the nation’s key corn-growing states, Ohio is farthest behind, with 68 percent of its fields planted. South Dakota is next, with 78 percent, followed by Indiana and Kentucky, each with 84 percent.

The rains in these states did not relent for long enough this spring to allow the fields to dry.

In Ohio, the 12 months between May 2018 and June 2019 were the wettest 12-month period recorded by the state, which started taking measurements in 1895, said Aaron Wilson, a climate specialist at Ohio State University..

“And it’s not just Ohio,” Wilson said. “There is a large area of the Midwest where we’ve seen the wettest year on record.”

The relentless rains mean even the planted fields are at risk of delivering yields that are small — if not complete losses.

Across most of the Midwest, corn yields begin to suffer if the seeds are not in the ground by about May 10. And by June 1, so much is lost that most farmers give up on planting altogether.

But late last week, farmers across the region continued hustling to get their seeds in the ground.

“For some of the guys, they have livestock that rely on corn as a feed source,” Sam Custer, an Ohio State University extension educator. “The availability of corn is going to be difficult in our area with the pressure from the other livestock and the ethanol plants. There’s a lot of demand in our area, so they’ve just got to get their corn planted.”

But as another week of heavy rain is forecast, even that window if fast closing, Custer said.

“I would say planting is done for us,” he said.

Many farmers will turn to crop insurance to shore up the gap, either filing claims for fields they were unable to plant, or for reduced yields, Custer said.

But, the few who are able to grow a good crop this year may do well this year, he added.

“There will be some farmers in pretty poor straits this fall,” Custer said. “But scattered around the country there is going to be some areas that have good yields. If people were able to plant early, they’re looking at good yields and good prices as well.” 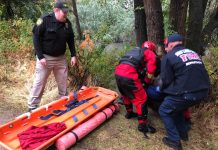 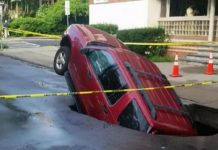