Feb. 17 (UPI) — Chinese health officials said the death toll from COVID-19 rose by more than 100 Sunday as governments rushed to evacuate citizens from a cruise ship off Japan’s eastern coast that’s home to the world’s second-largest and still growing cluster of patients.

Japanese health officials have reported 72 new cases among passengers of the Diamond Princess cruise ship, which has been under quarantine in Yokohama Port since Feb. 3. The total number on the ship is at least 357. Outside China, the next highest number of cases is 75 in Singapore.

The U.S. State Department said in a statement early Monday that two chartered planes with more than 300 U.S. citizens and their family members, who had been quarantined for 12 days on the cruise ship, had left Japan for the United States.

The passengers were evaluated and cleared by U.S. medical staff, the State Department said.

Fourteen American COVID-19 patients were moved to a “specialized containment area” of the aircraft to isolate them from the other passengers, officials said. The United States has 15 confirmed cases of the virus, according to the U.S. Centers for Disease Control and Prevention.

The State Department said it made the call to return the infected patients to the United States following consultations with health officials.

“All passengers are being closely monitored by medical professionals throughout the flight, and any who become symptomatic will be moved to the specialized containment area, where they will be treated,” the department said in a statement.

Officials said the patients will go either to Travis Air Force Base in Solano County, Calif., or Joint Base San Antonio in Texas and will begin a second 14-day quarantine.

In a letter to passengers Saturday, the U.S. Embassy in Japan said the decision to evacuate them was made because those onboard “are at high risk of exposure.”

Earlier, Japans’ Ministry of Defense said via Twitter it helped escort some 340 U.S. nationals and their luggage on 14 buses from the Diamond Princess to Tokyo International Airport.

Australian Prime Minister Scott Morrison announced Monday more than 200 Australians on the ship will be evacuated on Wednesday. On return to Australia, they will be subjected to another 14-day quarantine due to the virus’ spread upon the ship despite it being under a nearly two-week lockdown, Morrison said in a press conference.

“At this stage, it is not clear how further cases of infection have occurred on that vessel … but because of the nature of the quarantine not being able to be assured, for those more than 200 Australians who will be returning to Australia, we are going to have to require a further 14-day quarantine period.”

He said he was “very frustrated” about having to impose a second quarantine measure, “but our first responsibility … is to protect the health and safety of Australians here in Australia.”

Chief Medical Officer Brendan Murphy said the second quarantine is necessary due to the rate the disease is spreading on the ship.

Data from China suggesting that a decline in new COVID-19 cases over the past two weeks will likely continue must be interpreted “cautiously,” World Health Organization director-general Tedros Adhanom Ghebreyesus said in a press conference Monday.

“Trends can change as new populations are affected,” he said. “It’s too early to tell if this reported decline will continue. Every scenario is still on the table.”

Based on data from more than 44,000 patients published by health officials in China over the weekend, he added, COVID-19 may “not as deadly as other coronaviruses,” including SARS and MERS.

The data suggest that more than 80 percent of patients have mild disease and will recover fully, while approximately 14 percent will experience severe disease, similar to pneumonia and 5 percent will suffer from respiratory failure, septic shock and multi-organ failure. The virus is fatal in roughly 2 percent of cases, he added.

“The risk of death increases the older you are,” he said. “We see relatively few cases among children. More research is needed to understand why.”

Chinese health officials increased its total death toll on Monday to 1,770, including 105 new deaths. The total number of cases is more than 70,500. Outside mainland China, five people have died, including a Taiwanese man, despite having no history of travel to the mainland.

Meanwhile, Japan’s fifth government charted flight landed in Wuhan early Monday, according to Japanese broadcaster NHK News. The flight was to return later in the day with several dozen people on board, the government said, adding it will be its last chartered flight. 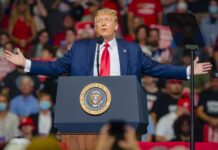