July 26 (UPI) — Florida has surpassed New York in confirmed cases of COVID-19, according to Centers for Disease Control data, while New York reports a reduction in hospitalizations and the number of new cases.

More than 1,000 COVID-19 cases were reported nationwide Friday, marking the fourth day in a row that number has been higher than 1,000.

Globally, the number of deaths reached 640,000 Saturday morning, according to tracking by Johns Hopkins University.

More than one-fifth of those deaths were in the United States, which has reported more than 4 million total cases to date.

Florida reported another 12,199 infections Saturday, and says 414,511 people have been diagnosed with the virus.

Another 126 people in Florida were reported dead from complications of the virus Saturday, bringing the state’s total number of deaths to 5,894. According to statistics, 82 percent of Florida residents who died of COVID-19 were 65 or older.

Only California — which has reported 435,334 infections — has seen more cases of the illness, according to the CDC’s COVID data tracker.

The number of total hospitalizations is New York’s lowest since March 18.

“New York State’s numbers continue to show progress in the midst of alarming increases in COVID-19 cases throughout the country and a renewed need to ensure compliance with state guidance here at home,” Cuomo said in a press release. “Yesterday’s numbers show New York’s hospitalizations continue to decrease and its rate of positive tests remains low, but it’s essential that we stay vigilant by social distancing, wearing masks and washing our hands as this pandemic is far from over. I urge everyone to stay New York Tough and New York Smart.” 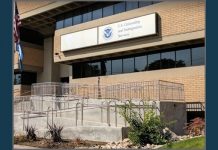 U.S. government to allow only telephone interpreters for asylum seekers 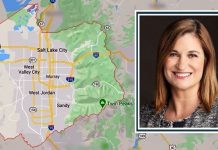