Roylan Hernandez-Diaz, 43, was pronounced dead at 2:21 p.m. after he was found unresponsive in his cell at the Richwood Correctional Center, ICE said in a statement, adding that he had apparently died by “self-inflicted strangulation.”

“However, the case is currently under investigation,” it said.

Hernandez-Diaz had applied for asylum at the Paso del Norte Port of Entry in El Paso, Texas, on May 18 and was placed in ICE custody two days later after being deemed “inadmissible,” ICE said.

ICE said his case was “still pending before the federal immigration courts” at the time of his death.

“ICE has notified Mr. Hernandez-Diaz’s next of kin,” the federal agency said.

Hernandez-Diaz is the second person to die in ICE custody this month after Nebane Abienwi, a 37-year-old detainee at the Otay Mesa Detention Center in San Diego, Calif., died of a brain hemorrhage on Oct. 1.

“ICE is firmly committed to the health and welfare of all those in its custody and is undertaking a comprehensive agency-wide review of this incident, as it does in all such cases,” the federal agency said. “Fatalities in ICE custody, statistically, are exceedingly rare and occur at a small fraction of the rate of the U.S. detained population as a whole.”

The Richwood Correction Center, a medium-level security facility with a capacity of 1,129 inmates, is one of over two dozen private prisons run by LaSalle Corrections, according to the company’s website. 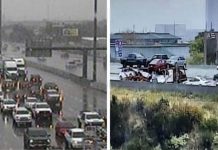 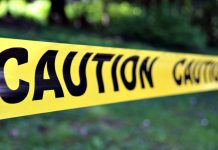