July 10 (UPI) — U.S. Customs and Border Protection said it seized a cargo ship from which authorities removed $1 billion worth of cocaine in a bust last month at a port in Philadelphia.

The U.S. District Court in the Eastern District of Pennsylvania issued a seizure warrant for the Liberian-flagged MSC Gayane on Thursday. CBP announced the seizure Monday.

CBP’s director of field operations in Baltimore, Casey Durst, said it was the largest vessel the agency’s ever seized.

“Seizing a vessel of this size is an unusual enforcement action for CBP, but is indicative of the serious consequences associated with an alleged conspiracy by crewmembers and others to smuggle a record load of dangerous drugs through the United States,” Durst said. “This action serves as a reminder for all shipping lines and vessel masters of their responsibilities under U.S. and international law to implement and enforce stringent security measures to prevent smuggling attempts such as this.”

On June 18, law enforcement officials said they seized 16.5 tons of cocaine from the MSC Gayane at Packer Marine Terminal. The drugs were found in seven shipping containers.

“This amount of cocaine could kill millions — MILLIONS — of people,” U.S. Attorney William McSwain tweeted. “My office is committed to keeping our borders secure and streets safe from deadly narcotics.” 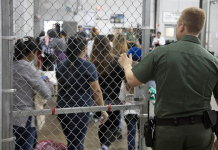 U.S. wants up to two years to ID families separated at border 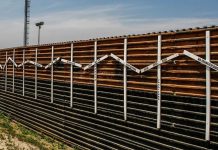