March 26 (UPI) — As the death toll for southern Africa rises to 750 following Cyclone Idai, aid workers are rushing to Mozambique prevent the outbreak of disease.

On March 15, Cyclone Idai made landfall in Mozambique, before tearing its way through Malawi and Zimbabwe, leaving destruction in its wake.

Now, the International Federation of Red Cross and Red Crescent Societies is hustling to provide sanitation to 20,000 people a day in Mozambique to prevent the spread of disease as the death toll is expected to continue rising.

Red Cross and Red Crescent Societies Secretary General Elhadj As Sy said one of the diseases they are attempting to contain is cholera.

“After a disaster of this magnitude, the speed, quality and scale of our response is critical to stop the risk of waterborne disease outbreaks like cholera,” said Sy during a media conference Monday at the United Nations in Geneva. “As flood waters recede, hundreds of thousands of people still lack water, shelter and health care. We now see even more clearly the real consequences of this disaster.”

Some 1.85 million people have been affected by the storm in Mozambique alone with an estimated 483,000 people displaced due to flooding.

Monday, an Emergency Response Unit arrived in Mozambique to provide sanitation while two Red Cross field hospitals are en route to the south-eastern African country to provide medical services, emergency surgery and inpatient and outpatient care for a minimum of 30,000 people, it said in a press release.

Meanwhile, last week’s storm may have resulted in the loss of $1 billion worth of infrastructure in Mozambique, Malawi, Madagascar and Zimbabwe, Economic Commission for Africa Executive Secretary Vera Songwe said.

She urged the continent to prioritize emergency preparedness and disaster planning during a high-level policy talk at the U.N. Economic Commission for Africa on Sunday.

“We probably have lost about a billion dollars in Mozambique, Zimbabwe, Madagascar and Malawi in terms of resources, in particular, the Beira port, the signature port of Mozambique, is essentially today almost a thing of the past because of Cyclone Idai,” Songwe said.

More than 80 killed as Cyclone Amphan moves through India 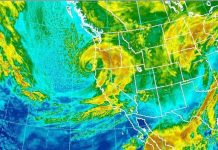