Zeman, 77, was taken to Central Military Hospital in the Czech capital of Prague as videos from outside of the presidential chateau in Lany showed an ambulance being escorted by police and limousines.

“The reason for his hospitalization is complications from the illness for which he has been receiving treatments,” said Zeman’s doctor, Miroslav Zavoral.

Zeman, who uses a wheelchair and has diabetes, was hospitalized for eight days last month after experiencing exhaustion and dehydration.

At the advice of his doctor, Zeman voted in the election from the presidential retreat on Friday, instead of at a school in Prague.

Before being transported to the hospital, Zeman met with Prime Minister Andrej Babis whose ANO Party narrowly lost a bid for re-election, winning 27.1% of the vote to the center-right Spolu coalition’s 27.8% as Babis was embroiled in the Pandora Papers scandal.

ANO also won the most seats among individual parties but did not establish a clear path to a majority in the lower house of parliament.

Zeman had previously said he would pick the winner of the largest individual party, not a coalition, to form the next government.

Ivan Bartos, leader of the PirStan coalition, however, said talks with Spolu “on the possibilities of forming a new government” would likely take place.

“The dominance of Andrej Babis is over, and the democratic parties have shown that the era of chaos will probably be behind us,” said Bartos. 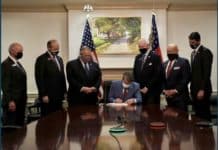 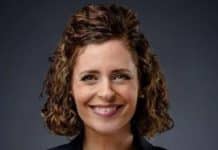