ORLANDO, Fla., July 4 (UPI) — The father of the 2-year-old boy killed in an alligator attack at a Disney resort told officials a second gator was involved, records show.

Capt. Tom Wellons with the Reedy Creek Fire Department, emailed two supervisors about his interaction with the child’s father, Matt Graves, after Lane Graves went missing, according to public records obtained by the Orlando Sentinel.

Wellons persuaded Mat Graves on the morning after the attack on June 14 to receive medical attention because he had lacerations from a gator’s teeth.

On the way to the hospital, Graves explained that as his son was being pulled into the water by an alligator, “how another gator attacked him as he fought for his son,” Wellons wrote in the email.

Five alligators were killed during the 16-hour search for Lane.

The email from Wellons also said, “This incredibly sweet couple insisted on showing us pictures of their happy son. [The] mom kept referring to him as her ‘happy boy,’ ” Wellons wrote.

The family was relaxing by the shore of the Seven Seas Lagoon at the resort, near the Magic Kingdom park, while Lane splashed along the shoreline.

Since the fatal attack, beaches at Disney’s resorts are closed at night, except during the viewing of fireworks. 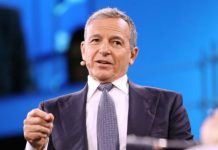